I was invited to show my Triumph Flat Track Racer in the Concours on the Avenue show in Carmel-by-the-Sea in August, 2007; this is the the article in their program. 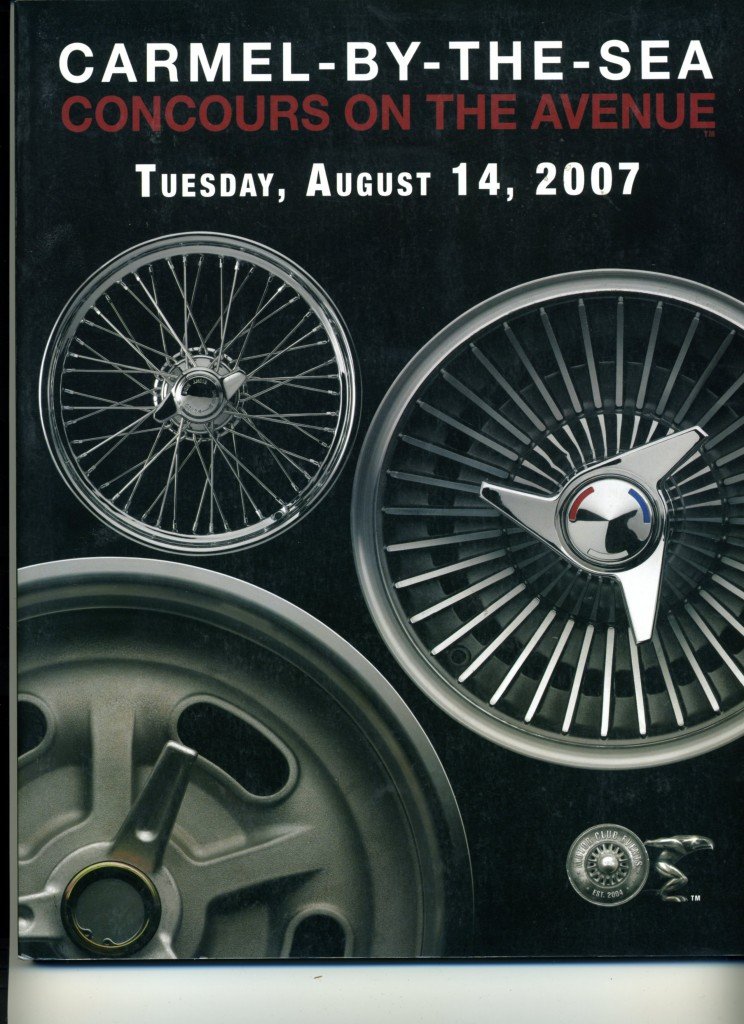 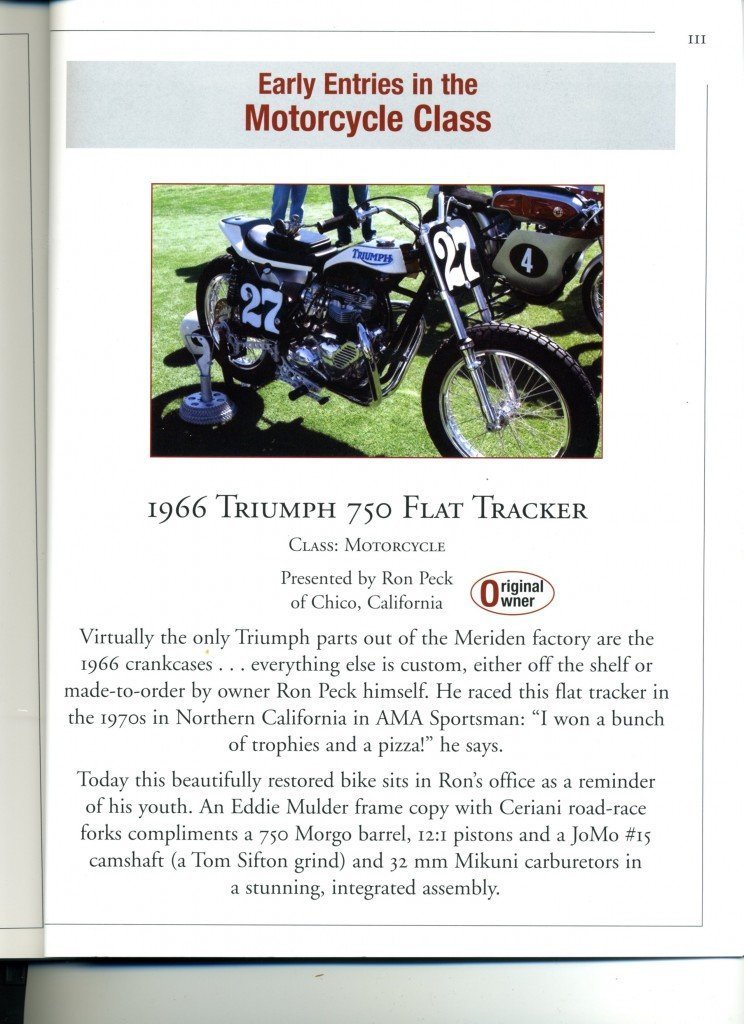 This article in the August, 2007 Octane magazine was written  by Simon de Burton about the Legend of the Motorcycle concours in Half Moon Bay in May of 2007. Simon was a judge at the event and had written about my Triumph Flat Track Racer in the article. 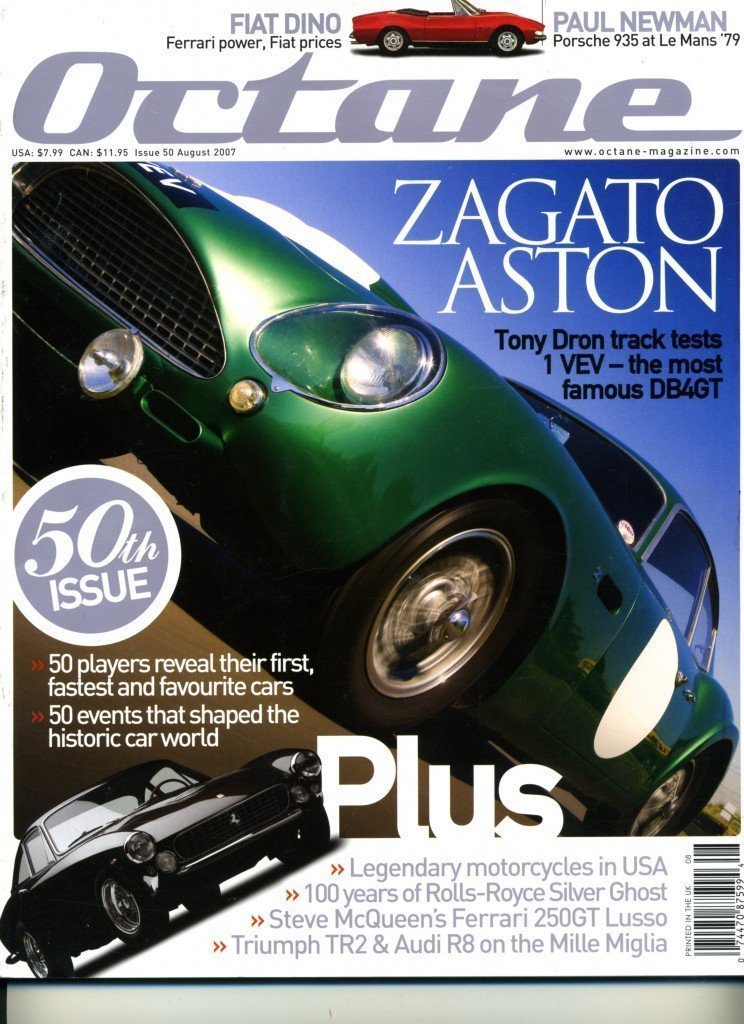 This is a French Magazine (Nov- Dec 2008 Cafe Racer) that features my Triumph Cafe Racer. I was interviewed at Mazda Raceway Laguna Seca in July 2008 by Bertrand Bussillet and the pictures were taken there. 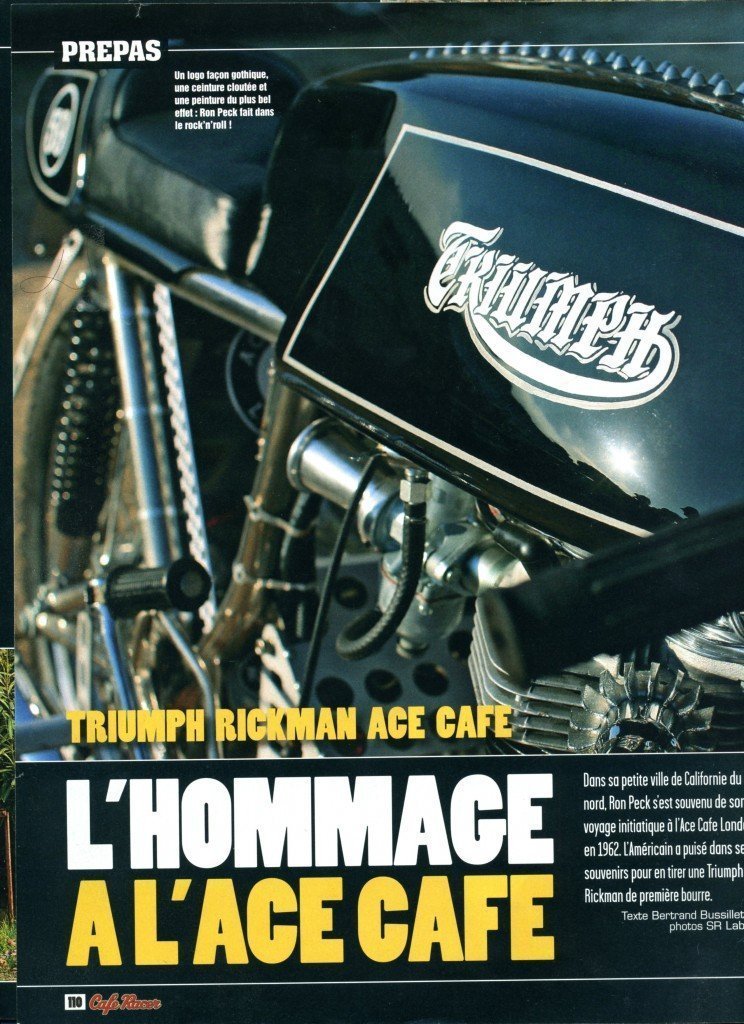 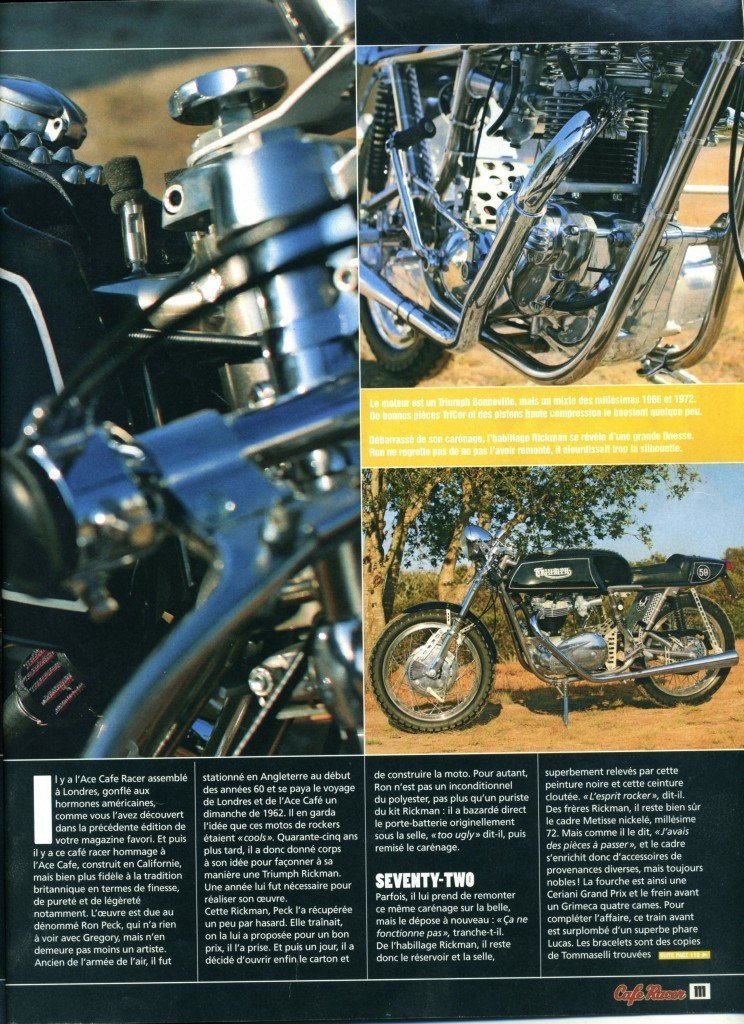 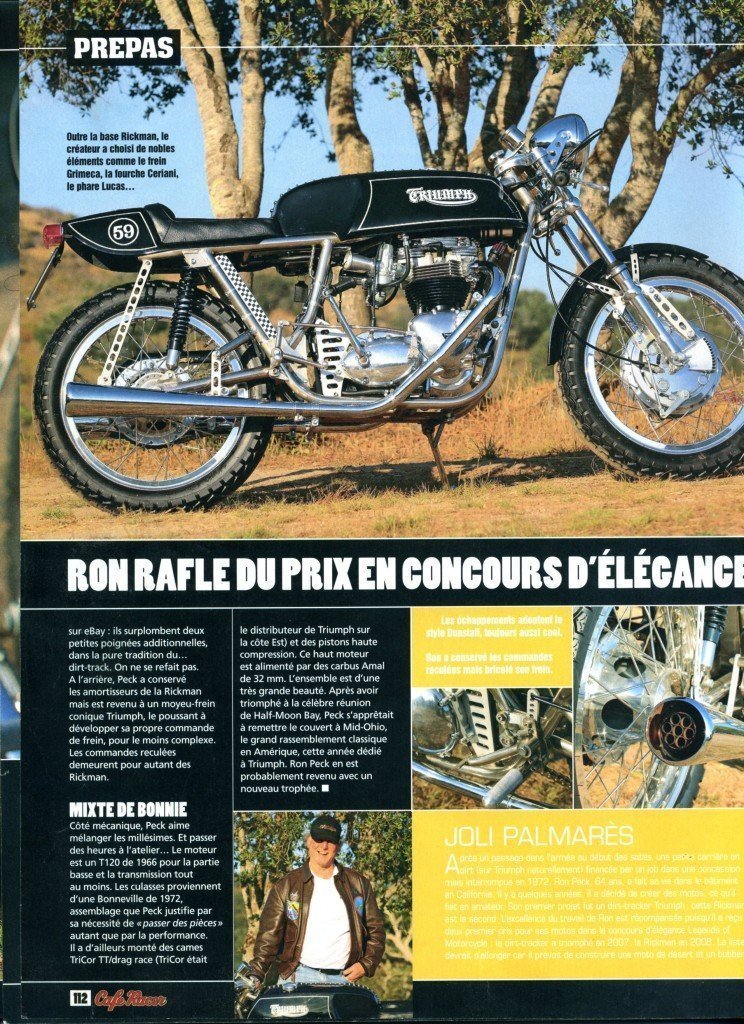 This next article is in a French magazine MOTOS d’hier May, 2009 issue and was submitted by Linda Wilsmore who’s husband Mark owns the Ace Cafe in London and who I had meant at Mid-Ohio at the Vintage Motorcycle Days show in 2008. 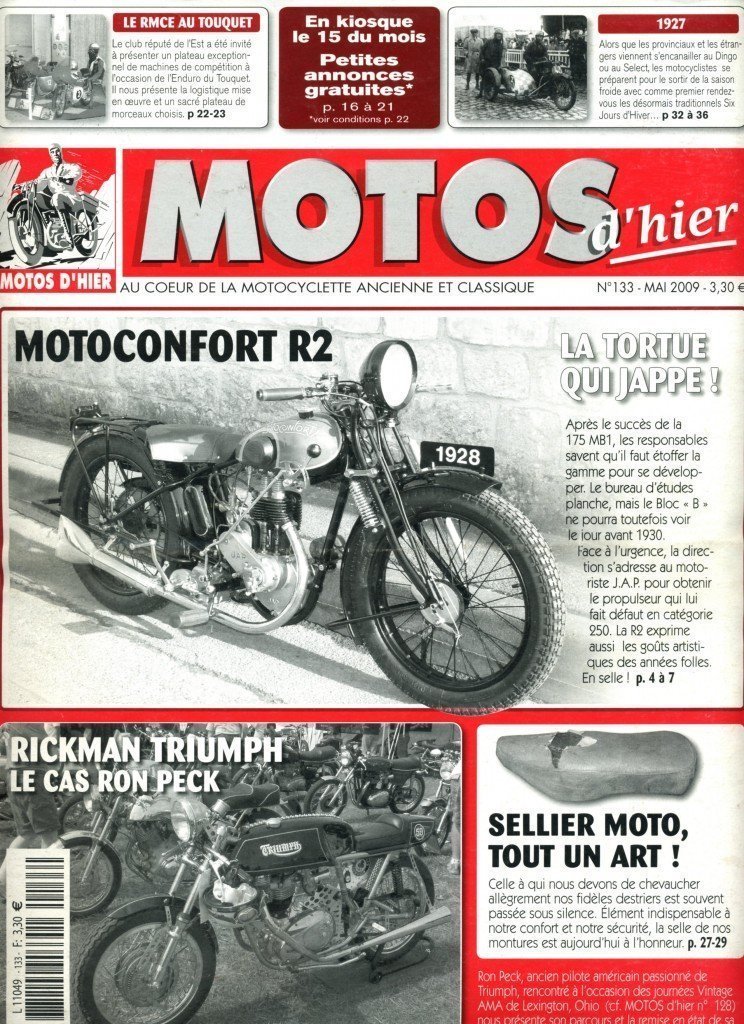 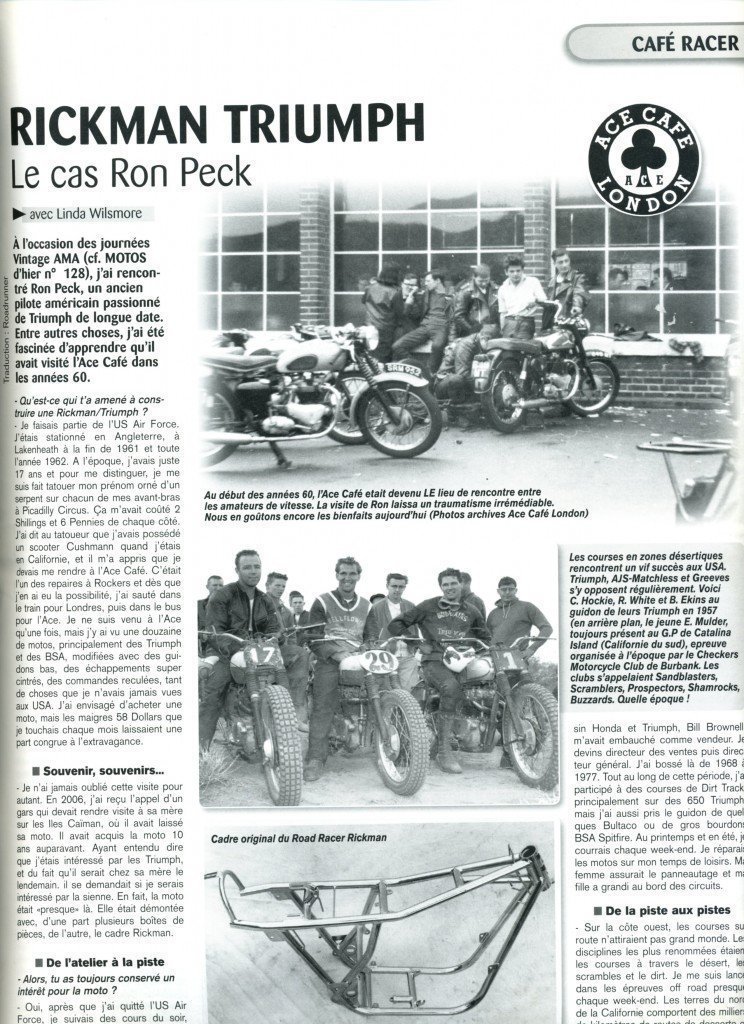 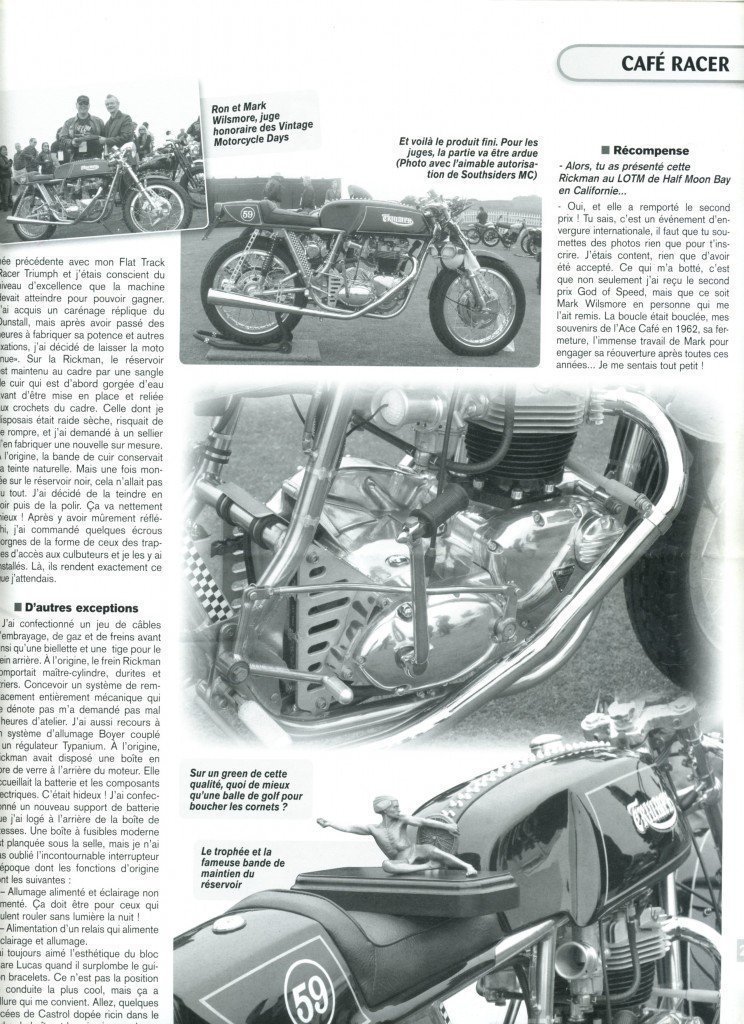 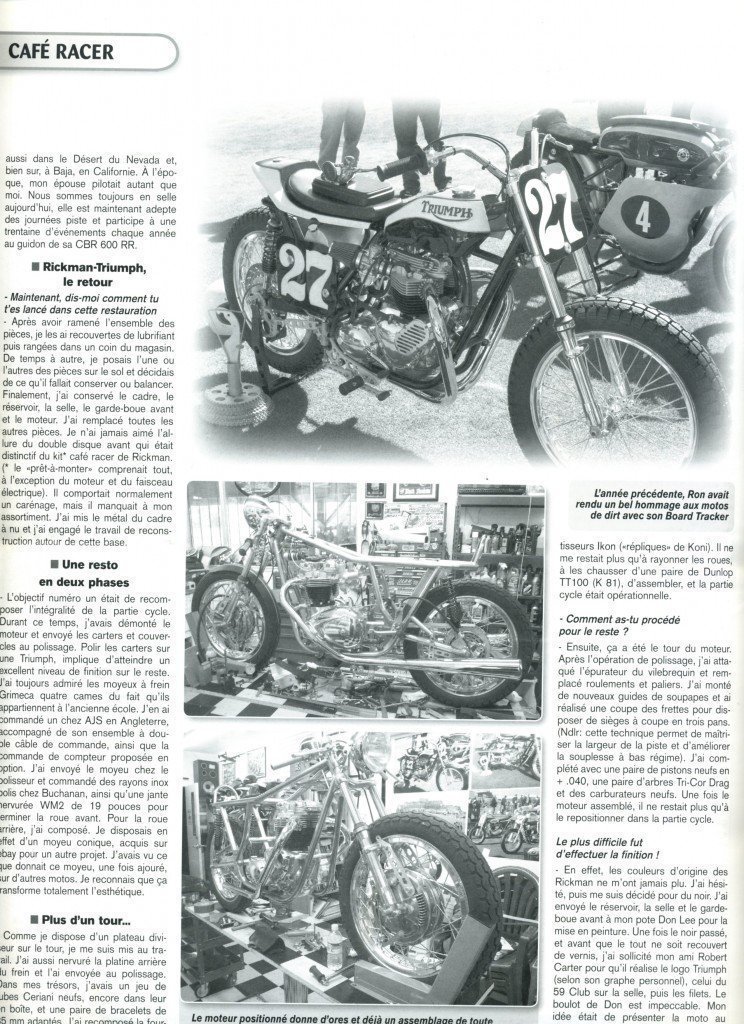 Cafe Racer magazine U.S. version. It’s a write up on the Mid-Ohio Vintage Motorcycle Days 2008 and featured Cafe Racers in the Show. 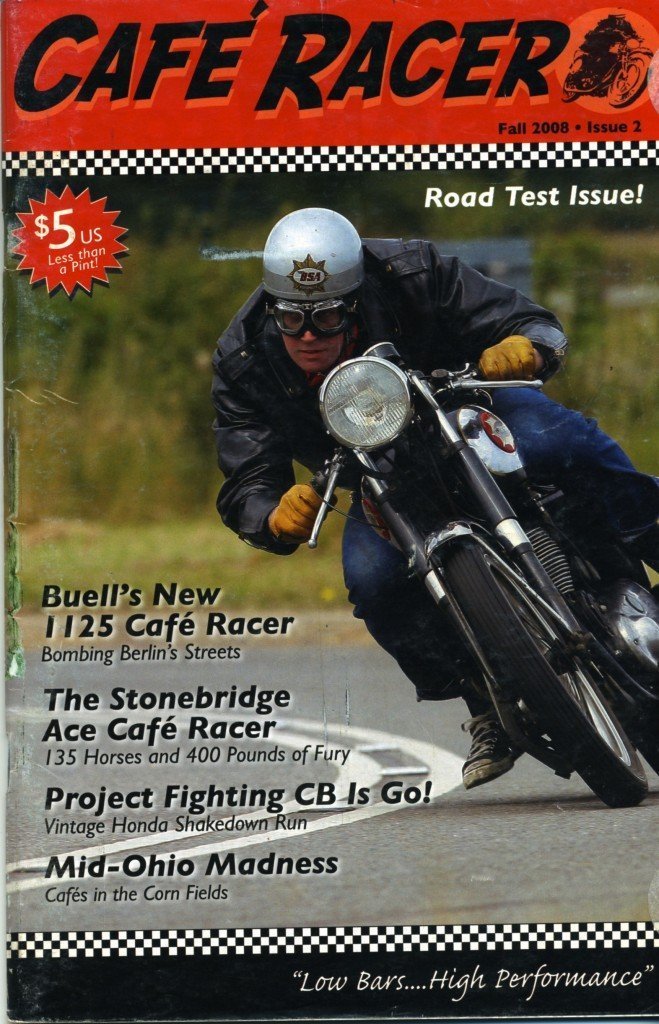 Motorcycle Consumer News July,2008 did a article on the Legend of the Motorcycle show in May 2008, the Rickman Triumph is shown. 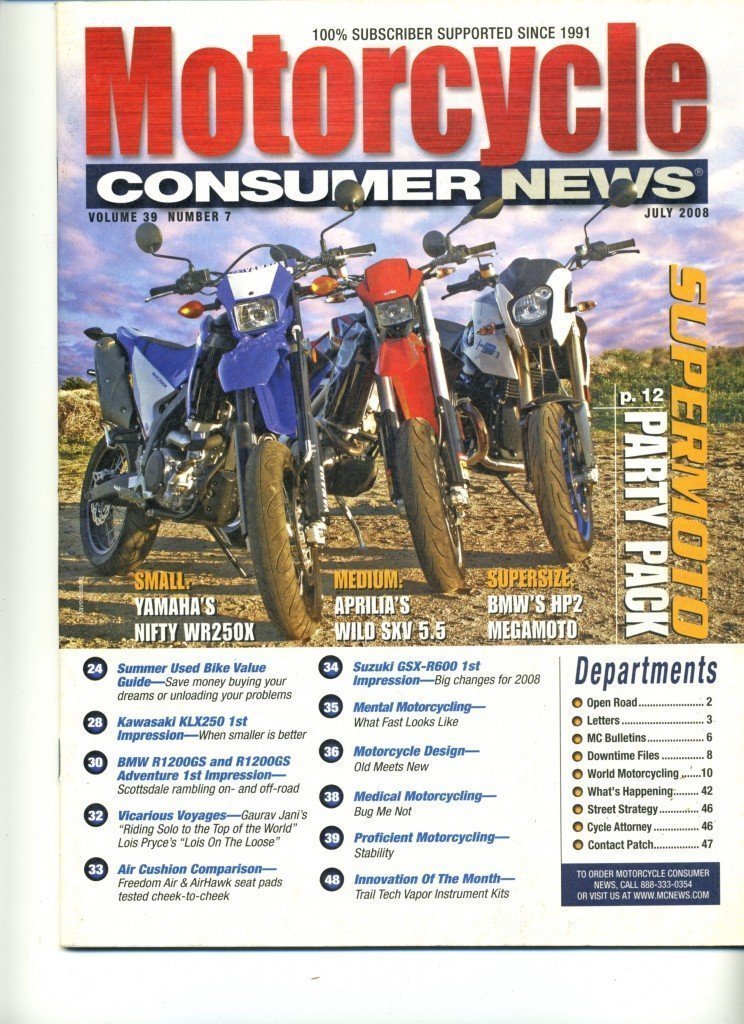 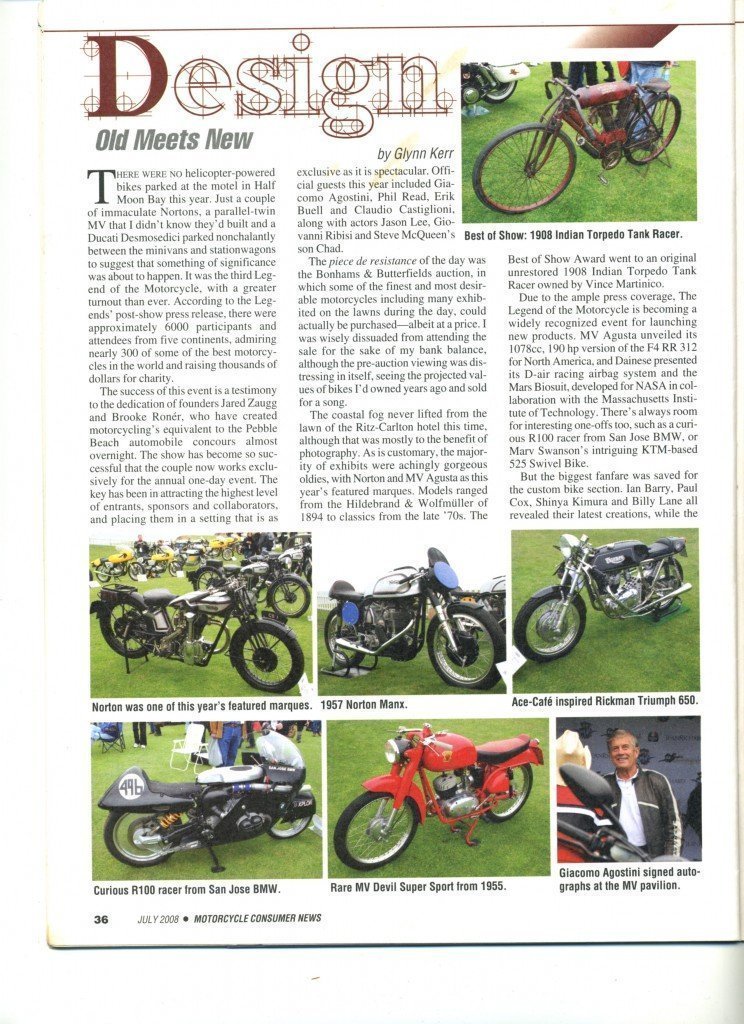 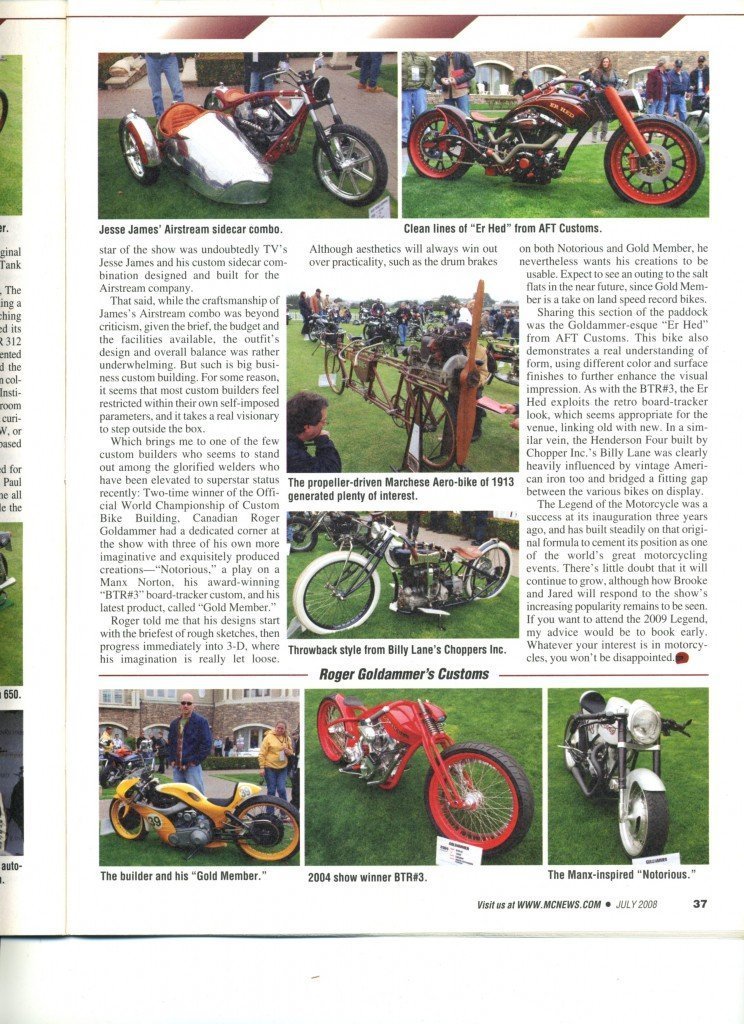